Exhibition of paintings and sculptures. He interprets himself "maker
of things ”, sweet poetic name… And what beautiful things this talented maker makes us!

Born in Dakar in Senegal, Xavier studied commerce in Paris and worked in international trading until 1996.
Then in 1997, a radical change of direction to devote himself, completely self-taught, to his activity as a plastic artist.

Settled in Martinique from 1990 until 2008, he decided to change the island and the Atlantic facade to live now on the Île de Ré, the cradle of his childhood.

“… Everything is above all a matter of matter in my work. My supports and elements are rusty sheet metal, old pieces of wreckage, fabrics, paper, cardboard…. All abandoned, damaged, having suffered the ravages of time and bad weather. Only these carcasses, skeletons, shreds, waste from our homes and industries speak to me, seduce me, make me want to work. "

Despite the use of cut, shaped, welded metal which could seem heavy, priority is given to lightness in the sculptures.
A world of maritime sculptures whose materials collected from the sand, as well as inspiration, are drawn at the option of strolling walks by the sea.

At Xavier Barthe's, it swims, it crawls or it flies away!
Crabs, birds, lizards, large and small fish, alone or in schools, to hang indoors or outdoors to adorn a bare wall, embellish a living room, make an interior dream…

Mingle with the marine sculptures of faces, bodies, swimmers, animals ... which will do wonders around a garden, at the corner of a hearth, as a welcome at the entrance, inside, outside according to the winds and moods…

Xavier also creates paintings, made of collages, of materials intended for waste such as cardboard, papers, the wood that he superimposes, tears, glues together by painting large enigmatic figures telling silent stories.
"From scrap, I hope, magnifying them, giving them a second life and why not Eternity Beautiful revenge ... (presumptuous too)), probably my way of reacting against this society of the ephemeral and disposable ... "

He interprets himself "doer of things", sweet poetic name ... And that beautiful things make us this talented doer! 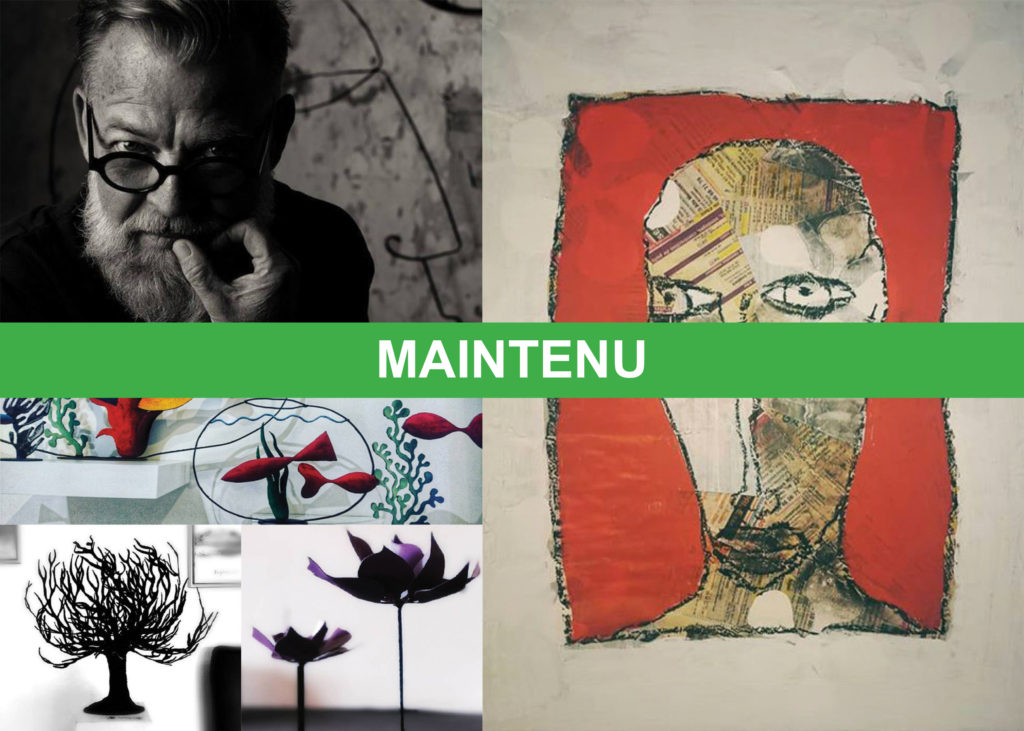